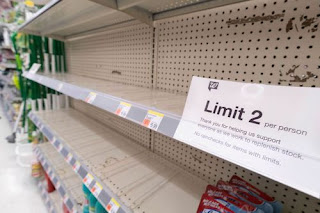 With the recent supply chain problems, people all over the world are finding themselves in precarious situations when things they need and rely on are unavailable.

A recent trip to the grocery store opened my eyes in a big way. Many of the shelves were empty and the ones that did hold product were sparse. News reports and social media outlets have been reporting on supply chain issues for months. I hadn’t really given them much thought until I was an eyewitness.

Though I’m not currently using any cancer medications, I know people who are. Those people are in various stages of treatment, and I can only imagine how life would drastically change for them if they were unable to have the medication needed due to something out of their control.

As I began to research this potential problem, I was shocked to find several articles corroborating my worst fears.

It seems medication shortages began when Covid 19 hit and many cities in China were shut down. Since China manufactures many of the pharmaceuticals used by America, we began to feel the effects rather quickly. Then, a large pharmaceutical manufacturing company in Israel, Teva, closed causing even more problems.

The FDA began listing medications that were in short supply and among those were drugs used in chemotherapy and other serious health conditions.

In a 2021 a study conducted by the American Society of Clinical Oncology (ASCO) oncology drug shortages were reviewed. The study noted five oncology drugs in short supply including epirubicin, flutamide, decitabine, mechlorethamine, and dactinomycin. Those drug shortages along with more recent ones, such as the drug Abraxene, caused some patients in Alaska to postpone lifesaving treatments.

The FDA maintains a database of drug shortages. Looking at the list is disheartening as many medications currently show a status of low supply. So, what does a person fighting cancer do when unable to obtain medication to treat the disease? Do they seek alternative methods or wait out the storm hoping for a quick resolution?

In many cases, alternative options aren’t available, but for those willing to do whatever necessary to survive, consulting a trained naturopath may provide helpful tips or options.

Supply chain issues are becoming more concerning day by day as the availability of diesel fuel becomes sparser, gasoline prices rise, and goods are disappearing from the shelves. Though grocery items are probably more noticeable than medical supplies to the average joe, we’d better be paying closer attention, especially when it comes to our health concerns.

Out of curiosity, I wandered to the pharmacy section while visiting big box store and took stock of the supplies there. I thought it wise to pick up a couple of bottles of Acetaminophen, some antacids, and other over the counter medications just in case I needed them for future use. Those items should be staples in every household for common health issues but don’t do a thing for more serious problems like those related to cancer. I didn’t expect to see such low quantities on the shelves. Though I didn’t need anything urgently, I picked up some extra boxes to pad my emergency supply at home.

My heart goes out to those currently undergoing cancer treatment requiring medication. I can’t imagine how frightening it must be when they consider the possibility of not being able to have their treatments as scheduled. It would be a real shame to go in for treatment only to be turned away due to lack of supply. Let’s pray a solution can be reached before conditions become dire.