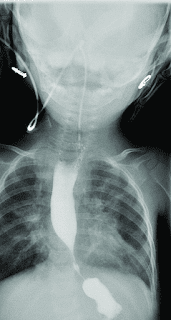 This morning I was scheduled for a barium swallow study at the hospital. Thankfully, hubs took off work and went with me.

The test was different from the last one I'd had done way back in the 70s. I was so glad! I didn't have to swallow that nasty, chalky barium liquid like I did when they were testing me for gallbladder issues then. Nope, the stuff they gave me today was fairly pleasant.

They started off having me swallow a light barium liquid. I had to hold it in my mouth until they said swallow and as the liquid was going down, they filmed it. Next, we progressed to a thicker mixture. After several images, they gave me a spoonful of what looked like marshmallow creme. I called it Fluffy Whip and the technician laughed. After I'd gotten that down and the video had been filmed, I was given a graham cracker with more Fluffy Whip on top. It took a few minutes to chew and swallow. As they filmed that one, the girl asked me if it was difficult to swallow and I had to shake my head yes. The food wasn't going down well.

When the test was over, the tech asked if I'd like to see my films. I was really surprised. I thought that was against the rules but I did want to see them and was amazed to watch my body in action. On the cookie swallow, the tech showed me where the food got hung in my throat. She said that indicated a problem that needed to be addressed by a gastrointestinal doctor. Apparently, they're going to refer me to one for a follow up, so that means more medical expense. I sure hope it's nothing serious. My brother had esophageal cancer. I don't know what I'd do if they said that about me...

On the way home from the appointment, we stopped by Wally World to pick up some groceries. I got mostly produce and about fell out when the bill was tallied and the total was $324.00!!! Oh my stars! It's total insanity! I don't know how in the world people are going to manage with groceries out of sight and gas prices continually rising. Thankfully, I had a credit card in my purse otherwise, it would have been a fiasco.

On top of that, the water pump in my car went out and the mechanic said we have a major oil leak. The estimate is just under $1000.00! Whoa! We've been doing our best to maintain our old cars in order to avoid a car payment, but hey...it looks like a new car is definitely in our future. Patching up these old ones is getting more and more expensive.

And how do folks manage when they're on a fixed income? Soon we'll be living solely on Social Security and I have no idea how we'll survive, but I can't borrow trouble. I can only focus on today and trust that God has our future in His competent hands.

It's hard to make it in today's world. Everything seems to be getting more and more expensive. I'm glad I grew up poor because I know how to squeeze pennies until they bleed.

Life is challenging but we always have to be grateful for our many blessings.

Okay. My rant for the day is over. Truly, I am blessed beyond measure. Some days are just tough.