Today I finally watched the acclaimed movie, Nomadland. I'm always a day late and a dollar short, it seems, when trying to stay up on the most recent social media items, but I try. I'd heard about it from my youngest daughter and made a note to watch as soon as possible.

The movie won best picture in the 2021 Oscars and Frances McDormand did an excellent job in her role as lead character, Fern. Following the economic collapse of Empire, a small town in rural Nevada, Fern (Frances McDormand) packs her van and sets off exploring life outside of conventional society as a modern-day nomad.

I found myself in a pensive and introspective mood as I watched. This hard working woman, recently widowed, left everything she knew and loved due to circumstances beyond her control. She was a seeker on a journey to find herself.

As I watched, I immediately became entrenched. As an avid camper, hiker, and backpacker, I loved all the beautiful scenery in the movie and paired with beautiful music, it really touched my heart.

Watching as Frances/Fern traveled in her van from place to place, I was reminded, the Earth is not our home. We're all just wandering here on this planet and the majority of us have an inner sense that we don't really belong here - that's because God has placed the desire for eternity in our hearts.

Throughout the movie, Fern meets one person after another on her life's path. Some become good friends and others are just casual acquaintances. But in every instance, each person was meant to touch her life in some small way or, vice versa.

There was one particular scene where Fern and another woman are talking. The woman tells Fern about her husband buying a beautiful sailboat and how he couldn't wait to retire so he could enjoy it, but ten days before he retired, he died. The woman admonished Fern saying, "Don't waste any time." And when she said that, I felt an arrow pierce my heart.

Time. So valuable and so precious. Yet, every single day, we waste it. Why? With such a priceless commodity, we should be wise about our expenditures.

When I was diagnosed with cancer, I stopped wearing a watch. I didn't want to know what time it was any more. I wanted to focus on being present in the moment. In the past, I'd let time slip away but from that day forward, I resolved, no more.

Daily, I push myself to the limit, often to my detriment. In fact, my husband and children often tell me I don't know how to rest. My husband, Phil, is always encouraging me to partake of Dolce Far Niente, the art of doing nothing. He says it's okay, but I feel if I do, I'm wasting precious time. Only those who've gone through cancer can truly grasp that concept.

A Facebook friend send me a beautiful painting the other day. At the bottom of the painting are the words, "Sometimes you have to rest. The world can wait!" It's a reminder that sometimes I need to slow down. The Bible reminds me, too, "Be still...and know that He is God." Being still is hard for me, but I'm trying.

There's a big difference between resting and wasting time, between being still and frittering away the moments.

It can be difficult to find a balance, but we must.

Oh to be a nomad, wandering from place to place, with no responsibilities or encumbrances!

Though we're tethered to this Earth right now, there's a constant tugging at our hearts for home. That's why we can't waste even a second. We must use our stories to point others to Christ and that way, we won't have wasted any time.

The day started out bright and early, earlier than I'd intended. 5 a.m. isn't my idea of a "normal" wake time, but today, it happened that way. So I jumped out of bed, put my phone on speaker so I could listen to a sermon, and hopped into the shower. (I'm a multi-tasker,  a vice I've had since birth - typical type A, you know the drill.)

After showering, I stood, wrapped in a towel, staring at myself in the mirror. "Who are you and what are you doing here" I asked myself. Analyzing my face, I realized the number of wrinkles there had multiplied. No doubt about it, I was getting old.

63, by most standards, isn't really old, but some mornings, I beg to differ. Bones creak and muscles ache and yet, I'm thankful to be able to feel them. And as we age, body parts start to need special attention, most recently my left eye.

Around 2008, I began to notice cloudiness in that eye. It grew more and more bothersome until I went to see the ophthalmologist who said I'd developed cataracts in both eyes. In 2011, I had surgery to remove the cataract in my left eye and insert an artificial lens. In 2012, I had the same done for my right eye. Then, in early 2020, the outer edge of the left eye became clouded and I thought another cataract had formed. Once again, I made a trip to the doctor and he told me I had been leaking vitreous fluid. I'd need another surgery called YAG. That surgery would involve a laser and I was assured it wouldn't hurt, so I had it done. For a couple of months, it seemed to have cleared things up and then, I began to have eye pain and loss of vision. Another trip to the doctor revealed I'd continued to have issues with leaking vitreous fluid and needed another surgery called an Anterior Vitrectomy. In March 2021, I had that done and have been recovering from it since.

Months before the YAG surgery, during my prayer time, I felt the Holy Spirit speaking to my heart. He whispered, "You're going to lose the sight in your eye, but don't be afraid." When I heard that message, I questioned whether or not I was actually hearing from God or if, perhaps, I had some underlying fear that was expressing itself. Pushing the thought to the back of my mind, I'd almost forgotten about it, until 2 days after the anterior vitrectomy when everything went pitch black in that eye. Instead of freaking out, which I would have normally done, I remembered the word I'd received. I chose not to be afraid but to wait and see what happened. Gradually, over the next week, my eyesight got a little better each day. First it was like looking through a thick, dark curtain. Then, it was like the curtain had been changed to a sheer brown one. A day or two later, it was like looking through a hazy, gold curtain and then, everything was just fuzzy but noticeably clearer. I was so thankful! The doctor had warned, before I was sedated for surgery, that there was a small possibility that I could lose vision in that eye but he hoped that wouldn't be the case.

Since eye surgery, I've had to shield my eye from bright light and foreign objects. Daily, I've followed the medication regimen of 4 different eye drops four times a day. It's been tedious and frustrating, but anything to protect my eyesight is worthwhile.

I stare at myself In the bathroom mirror. Leaning in close, I notice my eyes look weak partially from the bright light and partially from the lack of makeup. It's been over a month since I've been able to wear eye makeup. That may not seem like a big deal to some, but for the woman with sparse lashes, mascara can be a lifesaver.

Today was the day I was going to try it. At my appointment last week, I'd asked the doctor if it was okay to resume using eye makeup and he assured me it would be fine, so why was I hesitant to bring the mascara wand close to my eyeball?

Fear paralyzed me for a few moments before I had enough courage to move the mascara wand lightly across the lashes of my left eye. Slowly and methodically, I applied a light coat of black mascara. I'd made sure to purchase a new tube at the drugstore in anticipation of this day. (They say you're supposed to discard mascara every 3 months, so I even took a Sharpie marker and wrote the date on the tube so I'd know when to ditch it.)

When I'd completed my makeup regimen, I looked in the mirror and smiled. 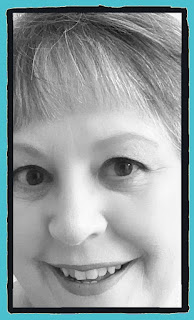 There I was! I'd missed mascara more than I realized.

Isn't it funny how the little things in our lives seem to matter so much? The things we can control seem to help us understand who we are and why. But there are so many things we can't control, and those things tend to make us wonder and worry. God doesn't want us to worry, even over the little things.

In the Bible, we're told many, many times not to worry or be afraid. Why? I think God wanted to emphasize that worry accomplishes nothing and fear can keep us paralyzed. He wants us to enjoy freedom and peace.

Little things, like my mascara, remind me I can only enhance the beauty God's already given me and even without mascara, He sees me as His beautiful daughter.

As I slip the tube of mascara back into my makeup bag, I hear a quote in my mind - "Vanity, thy name is woman." And you know, I'd have to agree.

The Bible says, "Charm is deceitful, and beauty is vain, but a woman who fears the Lord is to be praised." Proverbs 31:30

I'd much rather be known as a woman who fears the Lord than a woman who looks good on the outside and is hollow on the inside.

It's always the little things...