What Can You Say When a Friend Faces a Recurrence?

I was checking my inbox the other day and found a disturbing email. The subject line on the email simply said, "It's back." I knew immediately what that meant.

The sender of the email was a friend I'd never had the pleasure of meeting in person. Instead, we'd found each other through a breast cancer website. Shortly after we were diagnosed, as fate would have it, our paths crossed.

We shared so many similarities. Both diagnosed in the same year, we had the same type cancer, the same stage, and the same grade. We were both mothers although my children were grown and hers were not. We shared a love of similar interests and hobbies.

Instantly, as we corresponded, we clicked.

Through our online blogs, we were able to compare notes and keep up with each others lives. It was fun reading about each other and felt almost like I had an adopted sister. Our relationship was special. And that's why I felt so helpless when I learned, through the email, that her cancer had returned.

What could I say that wouldn't sound trite? Of course, I was sorry to learn of the news but I wanted to express my heartfelt sentiments. Since our cancer experiences had been so similar, I could almost feel the way she'd probably responded when she received the news. I imagined she felt like I would've if the shoe had been on the other foot. I would have been devastated and confused. My heart went out to her.

Reading her blog, as she began treatment again, I learned more about her feelings. Not only did she feel betrayed by the return of cancer, she was angry.  I completely understood. And when she began to blame herself for possibly not doing something right, I knew why she felt that way, too.

My heart broke as she told about having to go through chemotherapy again. It didn't seem fair. Hadn't she given enough the first time around?

But with cancer, there is no fairness, there are no rules.

What do we say when someone we love faces a recurrence of cancer? And how can a fellow survivor express compassion and empathy in a genuine way?

One of the best things we can do is listen. Words aren't always necessary to express caring. Often, an understanding look, or a tender touch can convey the heart's deepest sentiments.

But if words need to be shared, they should be carefully chosen. A person might say, "I'm sorry. I know this isn't what you were expecting." Or "I'm here for you, just let me know what I can do to help."

By offering the gift of understanding to the person facing recurrence, validation occurs.

When you aren't sure what to say, it's best to say nothing at all.

A cancer recurrence rarely comes with notice, but when the surprise comes, it makes a big difference for the person with cancer to have a support team in place.

As I read my friend’s blog for daily updates, one thing appears in every post – evidence of her warrior spirit and personal bravery. Though she’s having to fight this war again, I know she’ll give it her all, the same way she did the first time around.

It’s challenging to cheer her on from the sidelines, but I can always lift her up in prayer, send her encouraging notes, or post supportive comments on her blog. And in so doing, I hope she’ll know I stand with her because I know she’d do the same for me should I ever face a recurrence.

That's what we do in the world of cancer, because we've been there and we know how it feels to hear the words, you have cancer, for the first time or at any time thereafter. 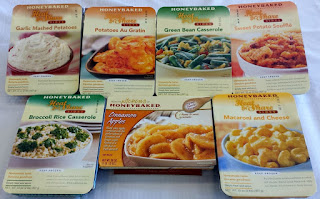 It's been a while since I've written. For some reason life keeps getting in the way.

The holidays are coming and I'm so unprepared. Things seem so different since cancer came into our lives.

In the past, I'd start planning for Thanksgiving months in advance. I'd write out my menu, do the necessary shopping, put out decorations, and look forward to spending time with family. It was a grand gesture that always paid off but for the past few years, I just haven't been able to "get into it." In fact, I haven't even been the one to host the meal. For the past two years, my middle daughter, Laura, has been gracious enough to do the family meal at her home. It's been a real blessing and has taken so much pressure off of me, but this year, it won't be that way. The meal has fallen back into my lap.

The stress and anxiety over planning for the festivities has been overwhelming, so much so that my sweet husband has stepped in to help. "This year," he said, "I don't want you to have to cook or worry about anything. I'm going to take care of it." I was shocked by his statement and wondered what he was planning. Two days ago, I found out.

After getting off work, Phil stopped by the Honeybaked Ham store. When he came home from work, his arms were loaded with a stack of frozen side dishes. He was so excited as he began to carefully place them on the kitchen counter. "I picked up some sweet potato casserole, mashed potatoes and gravy, a green bean casserole, cornbread dressing, and even some sliced apples," he said. I watched his face as he fanned out the frozen blocks of food in a neat arc. He was beaming as he waited for my approval.

I was taken aback at the thoughts of serving our guests frozen food for the holiday. As one who has always cooked from scratch, I felt taking such a shortcut was just short of sacrilege, but didn't dare utter a word. My husband had done what he could to take a burden from my shoulders and I was definitely thankful for that. Would it really be so bad to have pre-prepared food for one meal? In my head, I justified his plan, and accepted it as a broad smile spread across my face.

"You are so clever and thoughtful," I said to my dear husband. The pride was evident as he threw his shoulders back and puffed out his chest. "This will be great and will save me so much time! Thank you, honey!"

After giving him a big hug, I asked if he'd help me carry the frozen goodies to our deep freezer.

A lot has changed since my cancer diagnosis. I've learned to make concessions I never thought I'd make. Some of them have been spur of the moment decisions and others have been well thought out plans, but in each case, I'm thankful cancer has taught me to focus on what really matters- I'm still here. I'm still alive. And, I can still celebrate special holidays.

This year, I'll be grateful for so many things but one of the main ones is knowing I'm loved.

Cancer takes the blame for a lot of bad in our lives but rarely does it receive accolades for anything good. Over the past five years, its taught me an awful lot and in all honesty, I have to say, it's taught me so much more about gratitude than I ever knew before it came into my life. This year, I will be able to say thank you to cancer, and truly mean it.
- November 16, 2019 No comments: