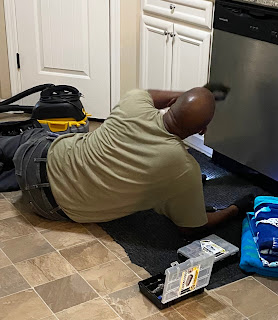 Yesterday we had a new dishwasher installed. The man who came to do it was fast and efficient. We did our best to make him feel welcome in our home, talking to him about various and sundry things as he worked, but we could tell he was uncomfortable. He wore a mask and gloves - of course we knew it was due to Covid concerns, but it seemed so unnecessary.

When he finished his work, we thanked him and I offered a gift of gratitude. Though he accepted my gift, he made sure my hand never touched his gloved one. When I stuck out my hand in thanks, he thrust his elbow at me. "Oh," I said, "I get it. Covid. Okay." With that, I gave him the acceptable elbow bump and he was on his way.

I don't do well with rejection. It's been a thing since childhood. Rejection hurts, no matter how large or small it may be.

Thinking about the worker's fear of contracting a disease from us made me feel sorry for him. I understood it and respected it, but wished he'd been more open to our hospitality.

That led me to think back to Biblical days, where true lepers existed. Back then, leprosy was considered not only a health risk but a curse for some unconfessed sin. People with leprosy were considered outcasts and forced to live away from society. Alone and abandoned, these people suffered terribly. Their skin condition caused all sorts of problems as it disfigured their body but the emotional toil must have been much greater.

I've seen movies on the Bible where lepers entering a town had to call out, "UNCLEAN, UNCLEAN." Their warning was meant to keep healthy individuals away. How painful that must have been for them, to not only suffer physical maladies but to suffer social anguish, too.

Lepers still exist in the world today. In Africa, Asia, and other parts of the world, there are colonies of lepers living together. Many organizations work to help them receive medication and treatment for their disease, but still, the stigma of uncleanness follows them.

I've often wondered what it would have been like to have lived in Bible times. With my heart of mercy, how would I have responded to a neighbor or friend with leprosy? Would I have shunned them or tried to help them? I'd like to believe I would have done whatever necessary to give them aid.

I find it interesting that Jesus healed many with leprosy. He never condemned them, but had compassion on them.

Can you imagine what it felt like for the leprous man to call out to Jesus asking for healing the one fateful day their paths crossed? He called out to Jesus saying, "Lord, if you're willing, you can make me clean." That man had big faith. He knew Jesus had the power to heal him and he wanted to be healed.

Jesus could have just said, "Go, your faith has made you clean." But He didn't. Instead, He reached out and touched the man saying, "I am willing, be clean." 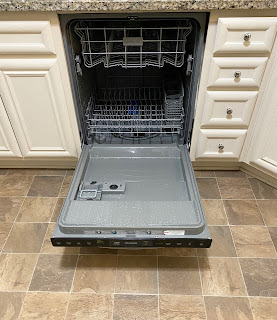 That touch...that marvelous touch must have lingered on the leper's arm for days afterward. How long had it been since anyone had touched his scarred and damaged skin?

Can't you just imagine the power of Jesus' love flowing into the man's body as His fingers graced the man's skin? I can! I'm sure it was electrifying! Instantly, the broken man was whole.

That's the kind of compassion Jesus has for you and me. He meets us in our brokenness and makes us whole again. He understands our struggles, our fears, our weaknesses and offers us His love, mercy, and grace in their place.

I'm so thankful we have a Savior who sees us and cares deeply for us. He wants us to be whole. He doesn't force Himself on us, instead, He waits for us to approach. When we do, we must do so with boldness and confidence knowing He not only wants to help, He will help, for He is the lover of our soul.

When Jesus commanded the leper to be clean, He didn't only cleanse the outside of the man's body. He also cleaned the inside. What joy the leper must have felt to have finally been made whole again! He was restored, set free, loved and accepted. The Savior had seen him, heard and honored his request, and he would never be called UNCLEAN again.