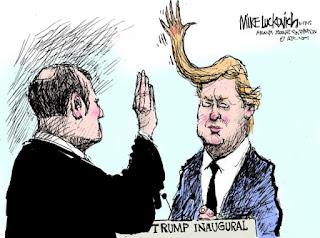 Inauguration day is tomorrow and the whole world will be watching as Donald J. Trump takes the oath of office. It's definitely going to be an historic day. I'm not big into politics so I haven't been monitoring the news on a daily basis, but I've been surprised at the number of elected officials who've decided to boycott the ceremony. And that's all I'm going to say about that. There is an electricity in the air and you can definitely feel a change coming.

I learned a hard lesson today. You'd think I would know better than to post my personal opinion about anything on Facebook, but suffice it say live and learn. I made a comment about the election and referred to a scripture found in the Bible admonishing us to honor our king....boy, did I get a lot of responses to that post. Some of them were positive and some were negative. But you know what they say about opinions...everyone has one. It always amazes me how family members react and reminds me I need to choose my audience a little more carefully in the future for fear of upsetting some of the "more delicate" folks. 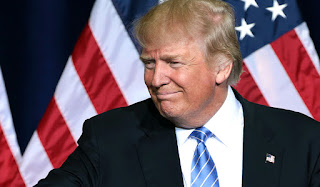 Facebook used to be one of my main avenues for connecting socially with others. Since moving to the boondocks, I don't see or hear from family much. If I wanted to know what was going on in their lives, I'd jump on the computer and check out their feeds...that is, until I started being added to their restricted lists. I certainly wasn't snooping, I just wanted to know how they were doing and what milestones they were celebrating in their lives, but sometimes there's too much drama to suit me so I decided to limit my exposure. I don't need added stress in my life.

Now that I've gotten that off my chest, I turn to my health issues. I've been doing fairly well other than suffering from insomnia, depression, fatigue and pain. Those are the big ones that can take you down in a hurry if you let them. Since things had gotten worse instead of better for the past few months, I called the oncologist. I knew I needed help. He suggested I take Ambien for the next month to get my sleep cycle back on track. He's offered it to me in the past and I'd tried it a night or two but didn't want to get dependent on anything. It's been a long time since I've had a good night of sleep so I'm willing to try it. He also suggested I try something for the constant pain. I'm hesitant but I trust him. Something has to give. I just want to feel better. 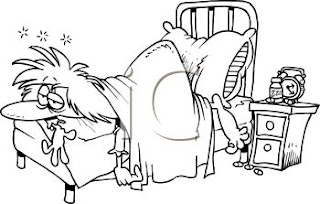 This afternoon, as I was looking outside, I noticed the Bermuda grass greening up. Our weather has been so unpredictable lately, I guess the grass thinks Spring is just around the corner. We haven't really had a hard winter but that doesn't mean anything until the end of April. Our area is notorious for ice storms in March and April. I'm looking forward to Spring. Warm weather, lots of sunshine, and beautiful flowers are just what I need to cancel out the S.A.D. (seasonal affective disorder) that comes with these gray days. I love change and I'm ready for it. Any minute I expect to see daffodils pushing up through the dirt. Change is coming not only in nature but in our lives as Americans, you can bank on it.