The New Year is Here! 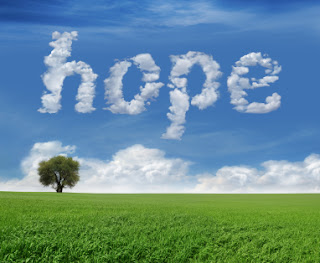 The road to hell is paved with good intentions, at least that's what Saint Bernard of Clairvaux penned in 1150 A.D. Actually, his sentiment was expressed as "L'enfer est plein de bonnes volontés ou désirs" (translated: hell is full of good wishes or desires) and both translations describe me today. It's already the third day of the New Year and it's started off in a blur. I had so many good intentions of starting the year off productively but my plans didn't come to fruition partly because I was preoccupied and partly because my husband had taken an extended vacation from work. Today I hope to get back on track and begin focusing on my goals.

Every year, on the first day of the new year, I ask God to give me a word to focus on for the entire year. In 2015, He gave me the word JOY and it was very appropriate since I'd spent the following year focusing on health issues. In 2014, the word I was given was the word TRUST. Little did I know that was the year I would find out I had breast cancer. God certainly handpicks the words He gives me and I know they are for my growth and benefit. This year's word is HOPE. I like that word. In Scripture, according to the Hebrew and Greek words translated by the word “hope” and according to the biblical usage, hope is an indication of certainty. “Hope” in Scripture means “a strong and confident expectation.” Though archaic today in modern terms, hope is akin to trust and a confident expectation. How perfect!

One of my goals this year is to learn to thrive. For the past couple of years, I've been living under the shadow of breast cancer. It's been a heavy, dark, overpowering shadow filled with trepidation and fear. As I was praying, the night of December 31, God revealed to me that I haven't really been living. I've just been existing. Since being diagnosed with cancer, I accepted and received my fate but also allowed my zest for life to pass away. In essence, I allowed myself to die. All of my joy, all of my hope, all of me slowly and gradually began to disappear.

Those who know me well know I'm not one to be depressed or down in the dumps, in fact, I'm the one who always manages to find the silver lining in bad situations but for the past several months, I have been suffering with severe depression. I've felt very alone. I've felt rejected. I've felt unloved and unlovable. I've spent more days crying than I care to admit. I've stayed holed up in my house not wanting to go anywhere or see anyone. I knew this wasn't healthy but it's where I was and I couldn't find a way out. The dreary, rainy winter days didn't help things either. I've always had a hard time understanding how a Christian could allow himself to get depressed after all, we have great reason to hope with God on our side to combat any situation but even David, one of the greatest men of the Bible, found himself depressed on many occasions. In Psalm 42, verse 5, Paul says:

"Why are you cast down, O my soul, and why are you in turmoil within me?
Hope in God; for I shall again praise him, my salvation."

Being overcome with a spirit of depression has been devastating but I'm thankful God revealed what was happening to me. This revelation has allowed me to come up with a game plan and maybe that's why God has given me the word HOPE for this year's focus. I'm looking forward to all He plans to teach me and I'm really looking forward to reclaiming my life.

The days are short and I can't just exist. I have to learn to live and live well. I want to thrive and by golly, I'm going to figure out how to do it.