Today is Wednesday but it sure feels like a Monday in my book. I haven't been sleeping well and it has really affected my mental abilities. 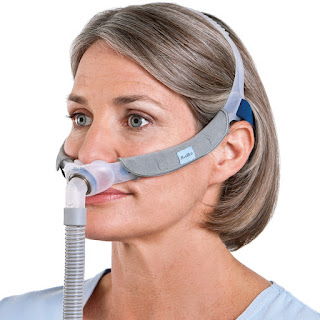 Earlier in the year, after a sleep study test, the doctor determined I have sleep apnea. He said I stop breathing an average of 8 times an hour. I always wondered why I'd wake with a start several times during the night and asked him about it. He said when you stop breathing your brain jolts you awake to make you start breathing again. I found that both scary and interesting.

I was prescribed a CPAP machine and began using it right away. Using a CPAP is a complicated process. First of all, you have to be fitted for a mask. There are so many types of masks, and it took a while to find one that I felt I could deal with.

The first mask wasn't really a mask but what they call a nasal pillow. It was a small cushiony thing that had two holes in it that were to match up with your nostrils. It seemed to work well for a few nights and then, it didn't. The air was leaking out and causing me to have dry eyes, so I had to switch to another type of mask. 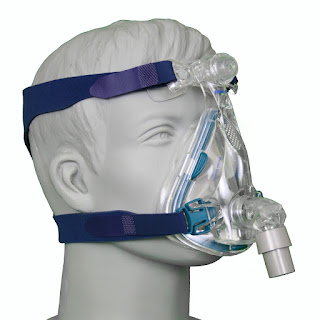 The new one covered the nose and mouth. I thought it would be great, but it caused me to have tracheitis and gave me claustrophobia. After two trips to the ENT, two rounds of Prednisone and steroids, I finally got rid of the tracheitis. The pulmonologist said, "Lay off the CPAP for a month or so and let your body heal," so I did. During that time, Breathe Right strips came to the rescue. Though not a perfect solution, I managed to get some sleep which is better than none. 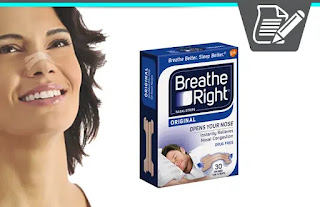 Last night, after talking with my husband and getting his opinion, I decided to give the CPAP another try. I was scared and hesitant. I didn't want to get sick again. If you've ever had tracheitis, you know what I'm talking about, if not, imagine having the worst sore throat you've ever had but way down deep at the base of your throat. Throat lozenges and sprays don't reach that area.

We prayed before I hooked into the machine asking God to protect me from infection and I got settled into bed, turned out the light and about thirty minutes later feel asleep. Sometime around 5:00 a.m. I woke up and realized I'd taken the mask off my face at some point during the night because it lay on the floor.

Looking at the app on my phone that pairs with the CPAP, I saw my score. It wasn't very good. It was an 80. Usually, when I use the machine and do well with the hours of use, low levels of apnea, and good mask seal, I'm between 95 and 100. Although the score was low, I felt better than the night before when I'd only had a few hours of sleep, so I got up and got busy around the house.

Things were going well until I spilled a glass of juice all over the kitchen table, my Bible, and the upholstered chairs. I still don't know how that happened, but after cleaning it up, I did some sewing and completed another project or two before it was time for lunch.

While talking with my youngest daughter, I slipped a few frozen egg rolls into the toaster oven and turned it on. I had 25 minutes before they were going to be ready, so I folded a load of laundry and took out the trash. When the bell went off on the toaster oven, I was still on the phone with my daughter. Reaching for potholders, I went to take the food out and discovered I'd failed to plug in the appliance. Rats!!! So, I had to plug the oven in and start the timer all over again.

I'm realizing one thing. I shouldn't multitask anymore. I used to be able to do it and do it well. Now, not so much. If all this happened when I got a pretty good night's sleep, what in heaven's name would have happened on the morning after a really bad night's sleep???

Maybe I'm just getting old or get sidetracked too easily to focus on more than one thing at a time, I don't know but today has been an epic fail in the multitasking department.

I guess I'd better stay off the phone when I make dinner tonight otherwise another disaster might happen. I sure don't need that.

It's so hot outside, I could fry an egg or two on the back porch, but I'll try to be a little more creative.

Happy Hump Day! In 3 days, I'll celebrate my 8th cancerversary! I'm trying to think of a creative way to do it this year. If you have any suggestions, leave me a comment below. Thanks for stopping by!

Olivia Newton-John When news outlets announced the death of one of my favorite singers, Olivia Newton John, I wasn’t prepared for the gamut ... 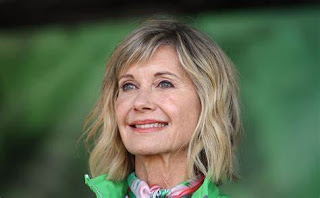