I was so excited! Tonight we were actually going on a date. It's been a long time since my husband and I have planned a night on the town. We've just been focusing on getting through each day but, as I learn to move forward, in this journey out of pink, it's time to start getting back to normal and getting back to normal includes date nights.

How early is too early to get ready for a date? Well, when I was in high school, I'd start getting ready as soon as I got home from school. There was so much to do! Clothes had to be pressed, hair had to be washed, nails had to be painted and as each step of preparation went forward, the excitement swelled. It hasn't changed, I don't think, even after all these years. I still get giddy at the thought of going out, so I began early this morning.

After my shower, I styled my hair. It's super short, so it doesn't take much time to do. I blow it dry, squirt some gel into the palms of my hands and give it a quick run through pushing wisps of hair into place and guiding them exactly where I want them to be. Mirror check...yep, looks good. Now to get dressed. What to wear? We never really dress up for week night dates, so I'll wear jeans and a nice blouse, comfy but still pretty... but before I pull on my clothes, I have to don undergarments and that's where it gets a little more complicated. 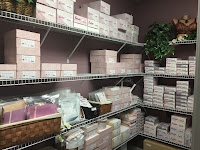 A few weeks ago, it was time for me to visit Renewal, the little store that specializes in all things cancer related. My insurance stipulates that every two years I can get new prostheses. It was exciting to be able to go in and get an upgrade. My first set were the "barely there" model, a mere AA cup, no projection, just a little fullness. This time, I was going for broke. Even though the larger models weighed more, I wanted the look of femininity and whatever it took to get it, I was going to do. I chose a B cup with the help of the fitter. She said, "take baby steps, you can always go bigger next year." I kept that thought tucked in the back of my mind. The fitting went well and I left the store as a proud owner of some "real" silicone boobs, not just little hints at womanhood, these were the real deal. 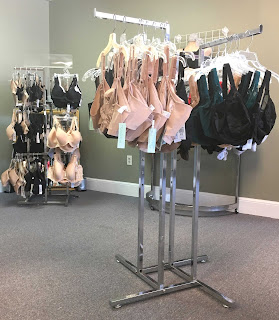 I slipped on my underwear and went into the bedroom to get my "over the shoulder boulder holder." I'd had to upgrade my bras when I upgraded my girls. With new bra in hand, I opened up the little zippered boxes that held my B cup prostheses. As I lifted the lid on each box, it was almost as if I could hear the Hallelujah chorus playing loudly and see sparkles and glitter floating through the air. I held one of the new boobs in my hand. It was amazing! The pinkish flesh color was almost perfect. The nipple, barely there, but still gave a hint at realism. I carried my boobs into the bathroom and began trying to tuck them into the pockets on my mastectomy bra as the fitter had instructed. After they were in place, I slipped the heavy bra on and reached around to fasten it in back. I looked in the mirror. Horror of horrors! One of my boobs was pointing North and the other was pointing South! This would never do! I slipped off the bra and tried again. I glanced in the mirror and thought things were better but now, instead of my boobs pointing North and South, they were pointing East and West! Real breasts didn't lie in that position! I had to do some readjusting and finally, was able to get them both in the proper position with a little manipulation. I checked myself out in the mirror. Not too bad. I looked at myself sideways, there was a nice projection. Yes, these were perfect. I'd made a good choice with the fitter's help. As I continued to dress, I had to laugh. I wondered how many woman had difficulty getting their prostheses lined up correctly and how many never gave it a thought. 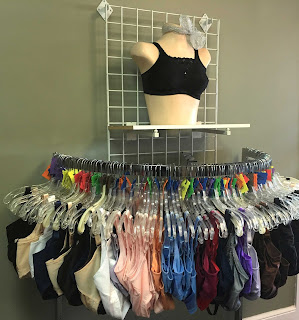 After I was dressed, I began to put on my makeup. First came moisturizer, then concealer, foundation, powder, blush, eyeshadow, liner, mascara and lipstick. Whew! I wondered if men ever thought about all we do to make ourselves visually pleasing to them. It's a lot of work to be a woman!

Glancing at the clock, I noticed it was just before noon. There were still many hours to go before my husband would be home from work. I knew he'd be tired when he got home but he'd made a promise to take me out and he'd keep that promise. Dinner and a movie, that's what our date night would start off with and who knew where it would go from there.

I walked through the living room and as I did, I passed the mirror in the hallway. I noticed one of my breast forms had slipped a little and was trying to sneak over to the West again. I pushed it back into place and wondered how I was going to keep both of these girls planted firmly throughout the night and that's when it hit me...DUCT TAPE! Duct tape was good for everything! I ran into the garage and dug through my husband's tool chest. I found a roll of the shiny, silver tape and hastily ripped off two small pieces. I went back inside and stripped off my bra. I lay it flat on the bed and made sure the breast forms were exactly where they needed to be and then VOILA! I taped them in place. Now they'd stay positioned and I wouldn't have to worry. But how was I going to explain the duct tape if the night got a little racy? That was the question. Well, I have a few hours to think about the best way to answer that one. In the mean time, I've got a few more things to do to get ready so I'd better end this post. It's exciting to be able to go out with the man I love even if I'm held together with duct tape. Hey! A girl's gotta do what a girl's gotta do, right?