Don't forget where you've been 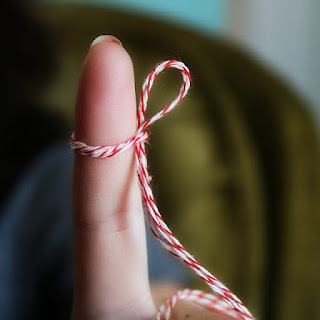 My mother always told me to look where I was going. More than likely she started speaking those words to me when I was very young but I don't really remember when I first started to hear her chide me.

What I do know is that as a daydreamer/multi-tasker, my focus has never on what was immediately in front of me. My head was always swiveling, trying to see not only where I was going but where I'd been. That was not necessarily a good thing and often, I ended up with scrapes and bruises from my inattention. But, looking back isn't always a bad thing. In fact, it can be a very good thing.

Sometimes it's necessary to take a look back in order to see how far you've come.

Today, as I was working to free up some space on my Google drive, I came across a multitude of photos from my cancer journey. That journey began in June of 2014. As I started to look through the photos, I became overwhelmed. Although it's been almost 5 years since my diagnosis, it seems like it was only yesterday.

One of the photos that particularly impacted me was a picture of my naked torso. In that photo, I'd already had my breasts removed and had almost completely healed from that surgery. The photo was taken at the radiation clinic and the staff had just completed their "mark up" for my scheduled treatments. The dots and lines they'd applied with a Sharpie marker wouldn't stay on permanently but they'd stay on through the first couple of treatments.

I remember well the day they began to mark up my body. They'd made a fiberglass mold of my upper body for the linear accelerator to insure accurate positioning every time I came in for treatment but then, they'd also explained, the need for markings to help line up the beams of radiation. Without them, some of my vital organs could be damaged.

Radiation was difficult although I didn't feel a thing while going through the treatments. There were no sharp pains, no ill side effects other than some extreme fatigue and the burns I acquired about halfway through treatment. But later on, down the road, the doctor discovered I'd received some damage to the lower lobe of my right lung. They'd done everything they could to avoid damaging my organs but they could only control the radiation to a certain degree. I'd been warned in advance that the possibility of some residual damage was possible.

As I looked at the photos of the radiation therapy, I could feel those feelings all over again. The feelings of embarrassment at having to bare my chest to even more people than I'd already done and of the feelings that cancer would never end. I was very down in the dumps during that time and feeling pretty hopeless. It wasn't good.

But then I flipped through more photos and came across the ones from my first few cancerversaries. We'd had cake and family had come to help me celebrate those important milestones. Those were extremely happy memories and as I remembered those days, I was thankful.

There were also photos of special trips we'd made to the beach and photos of my new boobs. I'd tried to document every aspect of my journey so my children would be able to look back one day and see how far I'd come. Some of the photos were extremely serious and some were overwhelmingly hilarious.

Taking a walk down memory lane through Cancerland today was interesting. I'd forgotten about some of those moments but the photos helped remind me. As I looked back, I didn't lose sight of where I am now and I didn't find myself bumping into something that was going to cause me physical pain either.

It's good to remember where you've been and how much you've overcome. Fighting cancer isn't easy, in fact, there are many, many lessons we learn along the way but some of them aren't realized until we glance back and face reality.

Breast cancer hasn't been a total negative experience for me. I've learned many things along the way and some of those things I would have never learned were it not for this major health challenge.

Along with being an "accident waiting to happen" as my mother always called me, I'm also a Pollyanna. My rose colored glasses help me find the good in both the past and in looking toward the future.