Doctors need to learn a thing or two 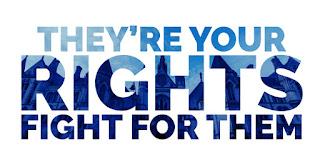 I've never been much of a fighter. I guess you'd say I'm one who doesn't rock the boat. I go with the flow. It's always easier that way and I don't like confrontation. But when I was treated unfairly at a recent medical appointment, I knew I needed to take action.

It had been six months since I'd seen the oncologist. During that time, I'd been doing fairly well. Sure, I'd experience the daily aches and pains that appeared shortly after surgery. Daily I've struggled with Lymphedema issues, but I've learned to deal with those inconveniences. They've seemed a small price to pay for the ability to continue living. But I was surprised, after months of unsupervised medical care, by my doctor's nonchalant attitude.

When she entered the exam room, she did not greet me. I noticed she didn't have my file in her hand either. Earlier in the day, I'd been sent for bloodwork and had waited two hours for the results. During that time, I'd been naturally nervous. It's always scary when you don't know your tumor marker number. I assumed the doctor would go over the lab results with me before asking how I'd been since the last visit, but she did not. In fact, she didn't say a word.

I waited a few minutes before speaking. I wondered if she was about to ask questions and I wanted to give her time to compose her thoughts. There was an awkward silence and when I realized she wasn't going to start talking, I spoke up.

It was important to mention the back pain I'd been experiencing. It wasn't normal and had increased over the past few months. This was very concerning especially since cancer can metastasize into the bones. While I was speaking, my oncologist seemed to be elsewhere. Her eyes were not focused on me and it was evident she was half listening. Wanting to give her the benefit of the doubt, I waited for a compassionate response after I'd shared my health concern. A few minutes passed and then the doctor said, "We could schedule an MRI but you should probably just follow up with your primary care physician."

I was dumbfounded when she turned to exit the room. She'd only been in with me a few minutes if that. Taking a deep breath, I bit my tongue. I could barely believe it.

On the way home from the appointment, I replayed the events in my mind. Trying to give the doctor the benefit of the doubt, I thought perhaps she'd had a bad day or her caseload had been heavy. But then, I started thinking. It had been six months since I'd seen her last. A lot had transpired since my last visit. The back pain was excruciating, the swelling from lymphedema in my arms had increased, my energy level was greatly diminished, and I hadn't been sleeping. Since the doctor was in and out like a flash, I hadn't been able to talk to her about all of my concerns. I'd only had time to mention the back pain.

Part of the blame was mine. I realized, after the fact, I could have asked her to wait as she put her hand on the doorknob to exit the room or I could have spoken with the nurse before leaving the facility and demanded more of the doctor's time, but I did not. It wasn't my place to push, or was it?

When I arrived home, I spoke to my husband about the day's events. He was as discouraged as I about the way I'd been treated. He asked what I'd like to see happen and that's when I realized I needed to make a change. It was time to find another doctor.

Where did I begin? As I flipped through my cancer care book, I remembered, when I'd entered the treatment facility, I'd been given the name of a patient advocate and had been told if I ever needed anything, she was the person to call. Great, a starting point.

Making the call was difficult. I tried my best to compose my words so as not to point fingers or place the blame entirely on the doctor. My intention was to give the facts and present my wishes.

The patient advocate was kind and caring. As I gave my viewpoint, she listened without interrupting. As I neared the end of my story, I said, "I guess we just aren't a good fit." The advocate asked if I could have any type doctor I wanted, what type I'd choose. I told her my choice would just be someone who was willing to listen, keep tabs on my health, and make sure I received the best care possible.

After giving her my "perfect doctor" requirements, I heard her smile over the phone. With excitement, she exclaimed, "I have the perfect doctor for you!" I listened as she described a new doctor who'd recently joined the cancer treatment facility. She assured me he had a wonderful bedside manner and would be sure to allow plenty of time for me during our initial consultation.

I'm thankful I had the guts to speak up and fight for my rights. It wasn't easy, but if I hadn't, no one else would have fought that battle for me. I feel confident I'll receive more personalized care with this new oncologist.

Sharing this story wasn't easy for me. I felt embarrassed and know some who read this may think I overreacted, but when a doctor fails to treat a patient with dignity and respect, they're doing a disservice to their patients.

Cancer isn't something you just "get over." Even after treatment ends, there's a lifetime of healing and recovery. Periodic medical attention is necessary to watch for signs of recurrence. Any doctor who doesn't understand this should not be practicing medicine in the field of oncology.

How did he feel?

I was reading a cancer forum the other day and one of the participants posed a thought - "I always wondered how the doctor felt just b... 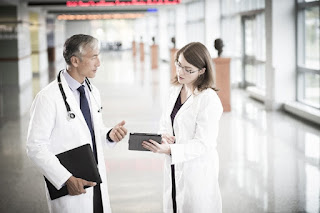