Dear Body,
This is a very difficult letter to write. You've broken my trust, not once, but several times in the past and here you go again.
I thought, after you decided to pull the cancer card, we'd find a way to coexist, and we did for the most part, but apparently, you didn't think that challenge was difficult enough. You wanted to play dirty. So, you fostered a tiny clump of cells and allowed them to feed and grow in my right lung. You're sneaky. I'd have never known they were there, but for another health issue and the test that brought it to light.
Reading the test results, I never dreamed a tumor would be present, especially in my lung. The ENT was looking for a problem in my throat. How did that happen? Was it merely coincidence, or was it God's grace allowing the CT scan to light you up? It doesn't really matter. I'm just thankful it did. Now your secret is out.
I called the oncologist's office. I wondered if they'd like a copy of the test results. I'm glad I called because they did. They asked me to fax it right over.  After reviewing the scan, the doctor asked his nurse to call. She said I needed a chest CT within 3 months. I was thankful they were being proactive, but I was nervous at the same time. I didn't want to let my mind go there, but it did. I couldn't help but wonder if the tumor was malignant. What if rogue cancer cells had slipped into my bloodstream way back in 2014 when I had my breasts removed? I wondered if I'd be able to handle a recurrence. I didn't want to think about it, not yet anyway. Why borrow trouble, as my grandmother would say? But what would I do in the meantime?
When I received a diagnosis of cancer on June 5, 2014, doctors suggested chemotherapy, radiation, and anti-hormone therapy. I was stage 2B and the cancer was invasive. It was estrogen and progesterone positive at 99%, which mean the chances of it coming back were good. I'd watched friends fight cancer the traditional way. They'd suffered terribly through chemo and died painful deaths shortly after diagnosis. I didn't want that. I was selfish, I wanted to live, but not that way. I chose to fight differently.
I thought about you when I made my decision. For 56 years, I'd done my best to care for you well. Of course, there were things I couldn't have prevented, like organs that had decided to go on the fritz, or the terrible car accident in 1991, but I did my best. I ate well and exercised. I did everything within my power to keep you safe until the betrayal in 2014. Even then, I researched natural alternatives to fighting cancer and I did them religiously for 7 years and then I slipped. I got lackadaisical. I didn't adhere to a strict diet. There were days I didn't juice or take my supplements. I forgot to drink the green tea. I assumed I was cancer free and would be forever, and then...
Oh, body! I can't believe we're in this pickle! Is it my fault or yours? Does it really matter, though? Fault finding won't solve the problem and it won't contribute to the solution. So where do we go from here? I guess I'd better crack down and get serious. It's time to go into full cancer fighting mode again, even though I don't know for sure what kind of tumor is currently growing in my lung. I can't afford to let it feed and grow. I want it out now!
But the doctor won't recheck for 3 months. I'm scared.
So, I'll do the only thing I know to do. I'll fight. You may think I'm too weak to win, but we'll see about that. You don't know me as well as you think. You're not a mind reader, you know. I'm strong and I'm resilient. You may throw fear and anxiety at me, allowing me to shake and shudder, but I have a secret weapon you know nothing about. I have faith.
I hear you laughing. You say my faith is too small, and I'll admit, it is. But the Bible says, "If you have faith as small as a grain of mustard seed, you can say to this mountain, move from here to there and it will move. Nothing will be impossible for you." Matthew 17:20. I assure you, body, I have that much faith.
May 9th can't come quickly enough. 70 days. I wonder how much damage you can do to me in that amount of time. No. I'm not going to focus on that. I need to save my energy for the fight.
I'm pulling out the big guns this time, body. I'll do everything I can to ensure you stay healthy and strong. And if the time comes when something else is needed, I'll consider all my options. I don't want to poison you; I love you too much. But if there's no other way, believe me when I say, I will.
Please don't let me down again, body. I need you. I'm counting on you.
With love,
Bonnie 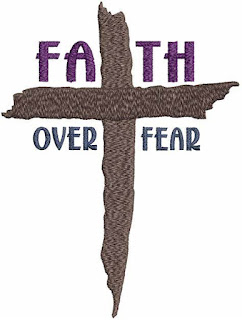