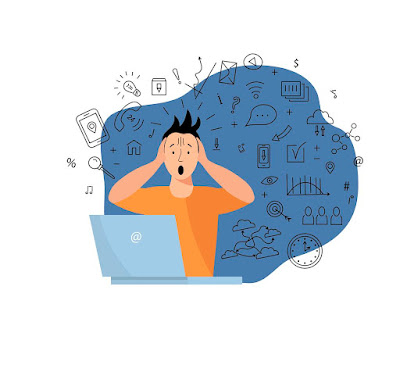 When I was a kid, I remember listening to my Daddy occasionally talk about being in the service. Those occasions were very rare so whenever he'd talk, I'd really listen. Once he told about being outside a bunker in Japan. He said planes were flying overhead and he heard a guy yell, "Incoming!" They knew that meant it was imperative to take cover and they did, but some of the soldiers weren't fast enough. They lost their lives in a split second.

That one word was a very serious warning and one I never forgot. I think my eyes bugged out of my head when he first said it although he didn't say it in a frightening way. I imagined the sounds of aircraft overhead as the warning went out. And imagined how I'd have felt if I'd been right there with him. I'd have been petrified, probably unable to move. No wonder so many soldiers came back from war with post traumatic stress syndrome (PTSD). And when they were freshly home, it didn't take much to set them off- a movement, a noise, the slightest sound.  But soldiers aren't the only ones with PTSD.There are a lot of cancer survivors and people who've experience traumatic events that feel that way, too. Sometimes, when my youngest daughter calls her ringtone literally scares me to death. It's a loud and bothersome tone that quakes me to my core. I keep meaning to change it and keep forgetting, but it really causes me to feel anxious. Some days are worse than others but on the bad days, they go from bad to worse.

This morning started out that way for me. After waking at 5 a.m., I rubbed the sleep from my eyes, wandered to the kitchen turned on the coffee maker and waited for my cappuccino to brew. While that was going, I pulled an egg white delight from the freezer. I wasn't in the mood to cook and that frozen sandwich was not only going to be a quick fix, but a tasty one at that. While I enjoyed breakfast, I glanced through emails and made a "to do" list. No big deal, right? But before I put my pen down, my phone began to send one notification after another. Emails, news apps, and texts started alerting me to the fact that something or someone needed my attention. It was not what I expected and immediately, I began to feel anxious. After several more texts came in, I decided enough was enough. I was not going to let that phone order my day. I stood and with feet planted firmly refused to go over and see who had texted. Instead, I yelled across the room to Siri asking her to read my text messages. After hearing that none of them were important, I decided I was going to do something to exert a little control over my day.  I flipped my phone to silent and walked away.

Those constant pinging, dinging, and chiming noises irritate and antagonize me. I get so tired of all the stuff I am supposed to pay attention to. I've done my best to distance myself from social media. In the past, I'd spend hours trying to keep up with everyone's news but that became exhausting. Now I only check it once in the morning, once at midday and then after dinner.

Maybe it's just a "me" problem. Maybe I'm just getting too old to multi-task well any longer or maybe I just don't care. It might even be a little of both! In any event, I think it's important to do something when we realize our things are causing undue stress.

There's a great feature on your phone and if you haven't found it yet, you need to employ it - the DO NOT DISTURB feature. You can set time limits for your benefit and you can set auto responses so your loved ones don't think you've been kidnapped or kicked the bucket. I have an iPhone and it's become one of my most used features. I don't know if Androids have it but if not, I'm sure they have something similar.

Take back control of your life and remember, you have the power to squelch the noises. If incoming alerts freak you out, take shelter and protect your sanity. It's not worth it to allow those things to continue to bombard your life!