So I did a thing

For years, I've been struggling to find the right prostheses. Either they've been too heavy, too uncomfortable, or too something. None of them have felt right and believe me, I have quite the collection thanks to annual insurance benefits and lots of out of pocket dollars! (Fake boobs are very expensive - normally between $400-$600 each and I have to have two!)

I don't like to have unnecessary things in my house and this morning, as I was Spring cleaning, I noticed all the unused prostheses. I have boxes of them on a shelf in my closet and drawers full of them in my dresser. What a shame, I thought, to have all those silicone boobs and not use them on a regular basis. It seemed like such a waste.

But silicone prostheses disintegrate over time so they always have to be replaced and the breast surgeon warned me, right after bilateral mastectomies, that if I didn't replace the weight of my breasts, my spine would suffer as my body curved forward in a protective measure. So I bought the boobs every year when the insurance company notified me it was time. And my collection grew, and grew, and grew.

It's been 7 years now and I have 7 sets of silicone boobs as well as some lighter weight poly micro bead ones and some homemade poly fiberfill ones but there have been problems with all of them, mostly with the weight. They're either too heavy or too light and then, there's the size issue. I have them from a giant B cup down to a double A.

And that's why I have gone flat most days, especially when home. When I go out, however, I try to wear prostheses so I look feminine. During the winter, I don't worry so much. My puffy down coat and scarf camouflage my breastlessness but in the summer, you can't hide.

Today, I got to thinking - what if I could make a camisole with built in boobs - one that was comfortable and light weight? Would I wear something like that on a daily basis? I thought I probably would so I pulled out 2 camisoles, my sewing machine, thread, scissors, and a big bag of microbeads and got busy. I was going to figure out how to make this work.

I'd seen an advertisement a few years back from a fellow breast cancer survivor who had struggled with the same dilemma and had formed her own product and home based company but I wasn't willing to pay $150 for one product when I could make my own for a few dollars.

Taking the two camisoles, I cut the top front from one of them and placed it over the front of the other. Pinning the cut pattern in place, I began to sew. Within a few minutes, I'd stitched around the bodice of the complete camisole and had adhered the pattern in place leaving an opening for slipping in the microbead prostheses I'd make next.

Microbeads are nasty little suckers! They stick to everything and they're so tiny the static electricity makes them next to impossible to work with, but I did it! I got 2 breast forms made, filled, and inserted into my makeshift camisole.

Holding the project up, I looked it over - front and back. It looked great and it had been so simple to make.

Next came the chest test. Slipping it over my head and pulling the camisole into place, I was surprised at how lightweight and comfortable it was. Maybe I was on to something!!!

I put my shirt on over the top of the camisole and buttoned it up. Turning side to side, I liked the profile my new boobs gave and there was no back pain from the weight of heavy silicone.

What a relief to finally have something I could wear on a daily basis. I was so proud of myself.

Rounding up all the silicone boobs, I loaded a box to donate to survivors who don't have the financial ability to purchase prostheses. My hope is that those boobs will find good homes and meet the needs of women who've battled cancer.

Now that I've freed up tons of space, I feel so much lighter - emotionally and physically :)

So I did a thing, a useful thing and I'm so glad I did. 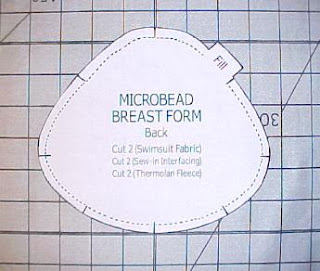 Can you be sad but happy at the same time?

I'm conflicted. This morning I woke up and read my emails before getting out of bed. It's a bad habit and I keep telling myself I w...