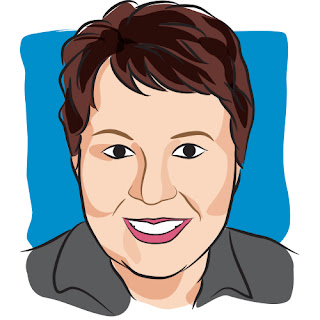 Yesterday, I attended a survivorship appointment at the cancer treatment center. I had mixed emotions as I drove to the center. Part of me was excited to finally be reaching this point and another part of me was scared to death. What was going to happen next? Would the constant cancer care rug be pulled out from under me? I had no idea. All I could do was wait and see.

Traveling up to the third floor, I signed in at the receptionist's desk. This floor was unfamiliar to me. Most of my appointments had been on the first floor where the sickest of the sick usually were. That's where the port room was located. That's where the halls were lined with recliners to help make patients more comfortable as they waited to have blood drawn, scans done, or poison dripped into their bodies. I was well acquainted with that floor. I'd been there many, many times but thankfully, I'd never had to endure the trauma of having a port inserted into my body since I'd refused chemotherapy.

The second floor was also familiar. There, I met with the naturopath, the pain management doctor, and other medical staff. It was on this floor that I found a place of solace in the chapel, found a multitude of books in the library to take my mind off of troubles, and received physical therapy.

But the third floor was different. Instead of seeing evidence of cancer everywhere, it felt like a regular doctor's office. In the waiting room were magazines and normal looking people. I assumed this was the floor for cancer graduates.

When my name was called, a jovial nurse escorted me back to the exam room where she took my weight, and recorded my vital statistics. She sat on the stool and asked some general questions about how I was feeling and if there were any problems I was experiencing. Of course, I mentioned the insomnia, a constant problem for the past 5 years. After making notes, the nurse left the room and I waited.

Watching the clock, the hands moved slowly as I counted down the minutes until the doctor arrived. When she entered, I was surprised by her youth. From my calculations, she was mid 40's. After the initial introduction and chit chat, she got down to business.

The doctor asked many of the same questions the nurse had asked but as she did, she made sure to offer solutions. For the insomnia, she could prescribe medication. For the anxiety, she recommended I try herbal teas or talk to the staff psychologist. On and on we went covering every aspect of my health. Finally, we'd reached the end of the appointment.

The look on my face must have indicated my fear because the doctor looked me straight in the eyes and said, "Don't worry, we won't leave you unattended. If you ever need anything, we're only a phone call away and of course, we'll see you annually to make sure you're doing okay." That made me feel a whole lot better.

One last thing, the physical examination. She asked if I could remove my blouse and my bra. I told her I'd need help with the bra. There were no hooks to loosen it. Either she'd have to help me pull it over my head or I'd have to slip it down. The weight of the prostheses made the decision for me. As they weighed down the bra and pulled it toward my navel. Slowly, I slipped out of the bra and allowed the doctor to view my chest. In the past, I'd have been extremely embarrassed to bare my chest in front of a stranger, but that wasn't the case any longer. After 5 years, I would have gladly stripped in front of anyone to allow them a glimpse of my battle scars.

I thought it funny that the doctor seemed to focus on one of my radiation tattoos. She'd thought it was a melanoma, a small black, cancerous mole. As she leaned in for a closer look, I laughed and told her it was one of my markings from radiation. I explained I had 5 more just like it. She seemed relieved and told me I could redress.

After bringing me a prescription for medication to help me sleep, I asked when I would see her again. She asked if it would be okay if we met on the same day as my next oncology appointment. I agreed and told her it was in February.

It seems odd not to be going to the cancer treatment center every month or so like I have for the past 5 years but it also feels wonderful! I'm glad I am still under the watchful eye of my doctors but I'm so glad to be out of the active phase of treatment for breast cancer.

Though it seems like it was only a blip on the radar, I have to remember that recurrence can happen any time after diagnosis. With that in mind, I will be vigilant to keep an eye on myself but, I have faith in the Great Physician and I am trusting that this phase of my life is completely over. Solo Deo Gloria! All praises to God!

Cancer, if you were on Facebook I would unfriend you right about now and I wouldn't feel one bit guilty about doing so.

It's already the 5th of December and it seems like we're on a fast slide to the end of the year. I think many would agree, we won... 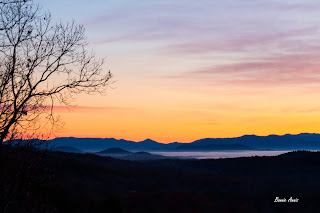