Earlier this week, I began writing my book. Six months ago, I felt God prompting me to go ahead and begin working on it. I'd prayed and prayed asking Him if I was to proceed. I wanted to do it but was scared to death to start. I've never written a book before but I felt God wanted me to use my breast cancer journey to touch the lives of others. I was compelled to write my story. 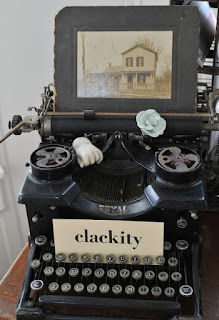 Yesterday, I worked on the book for 8 hours. I was able to get through the introduction and the first three chapters. Today, I have writer's block! I am overwhelmed and can't think straight so I stopped working on the book. Maybe I need a day off to gather my thoughts. The difficult part isn't in compiling the material, I already have that pretty much done. For the past two and a half years, I've been blogging about my journey. I've been diligent to record every detail. But shifting all those blog posts into a book format is challenging. I want this to be exactly what God wants it to be not what I want it to be. So I'll take some time to pray about the direction He wants me to go. There's no hurry and no deadline so I'm not going to let Satan pressure me into making wrong choices. I know God has a perfect plan and He's going to reveal it to me as I trust Him.

I always wondered how writers could take years to complete a manuscript. Now I understand completely. Writing, reading, re-reading, editing....it's complicated and exciting and fun all at the same time. I'm thankful for computers and the ease in which we can write these days. I'd hate to think I had to peck out the words one letter at a time on an old typewriter. I remember how challenging it was back in the 70's when I was taking typing in high school. My typing teacher, Mrs. Brake, didn't have much patience. It didn't help that there were several members of the football team in our typing class. They didn't want to learn typing. They just wanted to goof around and be silly. They distracted the class, especially when Mrs. Brake stepped out of the room for a minute. I remember once, one of the football players took a little screwdriver and loosened the platen on the typewriter. The platen is the round cylindrical part that moves back and forth as you type. When Mrs. Brake returned to the room, he acted like he was typing the assignment rapidly. As he hit the return lever to move to the next line of type, the platen went flying across the room with a great force. All the students cracked up at what we knew was a silly joke. Mrs. Brake was not happy. She yanked the guy up out of his seat an sent him to the principal's office. We began to tap away at our lesson and the room was quiet until someone in the back of the room couldn't contain their snickers any longer. One muffled laugh set of a chain reaction and soon the entire classroom was hysterical. Mrs. Brake got so frustrated she walked out into the hallway until we calmed down. By the time she came back into the room, the bell had rung and class was over. As we walked down the hall to our next class, word of what happened spread like wildfire. I don't know what ever happened to the football player but I'm sure he got a few extra pats on the back from his teammates and a lot of the students in our typing class. I don't remember what happened the following day in class but I'm sure Mrs. Brake gave him the evil eye and dared him to pull another stunt like that again.

I still have my old Royal typewriter. It's an antique and the one I first learned to type on. It takes great effort to depress the keys and doesn't have a correction tape. If you made a mistake, you'd have to roll the paper up, erase the letter(s) with a correction pen and start again. When White Out or Liquid Paper correction fluid came along, it was so much easier. At least the correction fluid didn't rub a hole in the paper like the correction pen did if you scrubbed too hard to erase the mistake. Thankfully computers afford us the opportunity to delete mistakes quickly. We can backspace, replace, or delete with just a keystroke.

I just realized I'd written more than I intended on this post. Maybe I should have stuck with the book...Oh well, tomorrow's another day and I can always pick up then.