All that stress for nothing 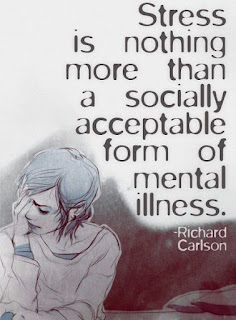 If you've ever had to wait for the results of a medical test, you know how nerve wracking it can be. You sit by the phone waiting for it to ring so you can pounce on it and pray your ears work well enough to hear clearly what the doctor is saying. You feel like you can't even run to the restroom for fear of missing that important call, especially when the doctor is going to call on your house phone and your house phone is hard wired instead of portable (yeah, I'm one of those rare folks who still have a land line, don't judge me)...

All Thursday evening, I bit my fingernails and prayed. My husband I talked out every possible scenario and hashed out how we would handle each one. If the ultrasound showed cancer, I had to decide if I was willing to go through chemo or not. The first time with cancer it was easy to refuse chemo, the second time around would probably be much harder. We hoped I wouldn't have to go there. I didn't sleep a wink that night. I tossed and turned all night long, wondering and worrying. I knew I wasn't supposed to worry. In fact, I have a huge Hobby Lobby stencil right above the dresser in my bedroom that says, "Don't worry about anything, pray about everything." I look at it every single night before I go to bed. I put it there purposely to remind myself not to worry but sometimes, I worry anyway. I'm human and worrying comes easily to most of us.

Friday morning, after a fitful night, I got out of bed early, got my shower and got dressed. I knew the phone was going to ring soon and I wanted to be ready. The office opened at 9:00 a.m. so I knew I had a couple of hours before the doctor would call. I grabbed a quick breakfast and went into my office to sit by the phone. While I waited, I surfed the internet, wrote a few letters, and edited some photos. Hours passed and no phone call. The medical office takes a 2 hour lunch break from 12 to 2 each day so I figured I wouldn't get a call during that time. I ran into the kitchen and whipped up a sandwich. I brought my lunch back to my desk and ate while I continued to wait. At 2:45 p.m. I was getting a little tired of waiting so I called the doctor's office and explained my situation. Immediately I was put on hold and at 3:00 p.m. the Endocrinologist came on the line. She apologized profusely and then got down to business.

I listened intently as she explained my T3 hormone level was very low. She asked if I'd ever been put on medication for that. I told her I hadn't but I had been taking Synthroid since I was 15. She also mentioned some other blood levels that were low and when I sighed heavily, I guess she figured she'd better tell me my ultrasound results. I was pleasantly surprised when she said, "WE FOUND ABSOLUTELY NOTHING THERE." But in the next minute, I wanted to reach through phone, grab her around her scrawny little neck and choke the life out of her! Why in heaven's name did she word the phone message she'd left on my voicemail in such a way that it scared the Beejezus out of me??? I told her I was expecting something really bad because of the message she'd left. She asked me what she'd said because she couldn't remember and I told her she'd said she was only calling because of the extenuating circumstances surrounding my case and blah, blah, blah... She laughed and said, "Oh, well, I meant because of all the terrible errors that have been made regarding your care on your last 3 visits." Oh brother! She could have explained it a little better then. (The Endocrinologist that called was new in the practice. She'd been called in to take the place of another doctor who'd left the practice abruptly because of the poor management and the horrible treatment to the patients. In the absence of the first doctor, my case had fallen through the cracks and one unfortunate event after another had taken place.)

Dr. J explained I'd need to be seen again in 4 months and they'd want to test me for Cushing's disease. I kindly explained I wasn't ever going to be returning to their office, but thank you very much. I'd already decided to return to my excellent Emory Endocrinologist even if it meant driving over an hour to get to her office. I knew the kind of attentive care Dr. D had given me in the past before I'd moved away from the Atlanta area and I knew she was 1000 times better than any of the doctors at the Endocrinology Center close to my current home.

Dr. J was sympathetic and told me she completely understood. She said she would do the same thing if the shoe was on the other foot. That made me feel better and I explained I had nothing against her but the practice where she worked was a joke. I told her I'd worked for doctors for years and I'd never seen any office treat patients the way they treated theirs and it was inexcusable.

When I told my husband the good news, we both cried. I'd finally had time to process the fact that this was in fact, the best news I could have received...NO CANCER! If only I could regain all that wasted time and energy I'd spent worrying and waiting, but what's done is done.

I have a propensity toward worrying when I'm in my flesh but I know it's not the right thing to do. When I try to shoulder cares or concerns, I'm in essence telling God I don't trust Him to handle them for me and I have learned full well that HE IS VERY CAPABLE and HE IS THE ONLY ONE who can truly handle them.

Hopefully I won't have any more cancer scares any time soon. They are no fun! I'm so glad that phone call is out of the way. Now I can get back to living again.