This weekend was crazy busy, but in a good way. We had company come to visit on Friday and they stayed overnight. While it's always good to see extended family, it's challenging for me to be a good hostess...not because I don't want to, but because I just don't have the energy. I did my best and hopefully they felt welcomed and loved.

On Saturday, we had more family come over for a cookout and that made for another long, but good, day. We always enjoy having my daughter, Laura, and her family come over to spend time with us. It's such fun to watch my granddaughter play and enjoy experimenting with various art mediums. She knows her Gigi will let her do just about anything and she's learned where all of my art supplies are located. This time she got to try her hand at using pastels. It was so fun to see her learn it's okay if your hands get messy and that art is fun!

Sunday, we decided to drive up to spend the day with my youngest daughter. The weather was a challenge and we ran into some big thunderstorms but it was good to spend time with her. I picked up a stomach bug from someone I'd been around over the weekend and wasn't feeling the best but managed to grin and bear it. (Having low white cell counts makes me susceptible to infection and germs.) I guess I should have limited my time around so many people but I'm trying to live my life as normally as possible and sometimes I forget my immune system is compromised. 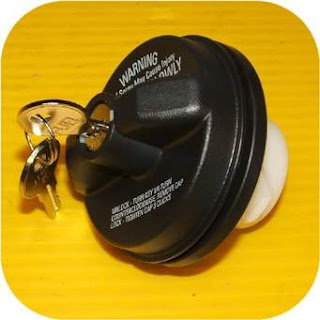 On the way home from the visit with my youngest daughter, the bottom fell out. There were ominous dark clouds overhead and the rain was heavy and hard. We needed to stop and get gas because we were just about on empty. While hubby was filling up the car, I was checking text messages and looking at emails. It didn't take long and we were back on the road. The rain continued to pour and it began to hail. At some point, hubby glanced into the rear view mirror and noticed he'd forgotten to close the door to the gas compartment. (He does this frequently so I didn't think anything about it.) He pulled into a church parking lot and quickly dashed out into the pouring rain to close the little gas door. I felt badly for him for having to get all wet but then again, it was his fault he'd forgotten to close the door.... When he got back into the car, he said he'd forgotten to put the gas cap back on too. Suddenly, it clicked. I'd heard a noise about ten minutes prior that sounded like something rolling off the top of the car. I'd thought nothing of it because of the heavy rain. Apparently, he'd put the cap on the roof of the car while he was gassing up and had forgotten to put it back on before driving off. Now, instead of me laughing it off and making light of the situation, I was upset. I was afraid, since he'd left the gas compartment door open and the cap off the gas tank that we'd gotten rain water in our gas tank and I just knew it was going to lead to a costly repair bill. So, guess what I did...I started fussing at him for leaving the door open and the cap off. (Yes, he does it often, but I shouldn't have fussed. I should have kept my mouth closed and remembered that old Southern adage, "If you can't say something nice, don't say anything at all.") He asked me if I'd look up an Autozone car parts store on Google maps and direct him to the nearest location. As we drove toward the auto parts store, I continued to chide him for his mistake. He didn't say a word. I knew he felt badly for forgetting but we all make mistakes, right? So why did I feel the need to keep on him? We arrived at the Autozone and he rain through the rain into the store. In just a few minutes, he was coming out with the new gas cap and quickly put it in place. When he climbed back into the car, I asked how much the gas cap had cost. "It was only $12," he said. But, I thought to myself, it was $12 we shouldn't have had to spend. We got back on the road and the rain began to ease up. The rest of the way home, we didn't talk much. I wished I'd kept my mouth closed and not made a big deal out of the forgotten gas cap and open gas door but I couldn't take back my hasty words. 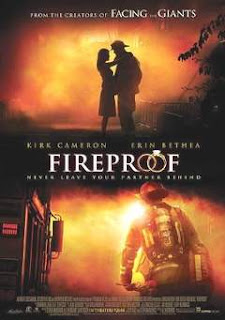 Something has to change. Today I'm starting day one of the Love Dare challenge. (The Love Dare was first introduced in the movie,  "Fireproof," in 2008.  In that movie, the lead actor, Kirk Cameron, finds his marriage falling apart. He and his wife fuss and fight all the time. Kirk's character becomes addicted to internet porn and his marriage continues to explode driving he and his wife further and further apart. One day, Kirk's father steps in and presents the Love Dare challenge to his son in an effort to dissuade him from filing for divorce. Though hesitant to accept the challenge, he does and his marriage is saved.) I'm accepting the challenge in hopes of seeing some major changes in my marriage. After almost 23 years of living with the same person, it's easy to begin to take them for granted. I never want that to happen and I surely don't want to speak hasty, hurtful words to my husband again especially over something silly. The first dare in the book is to forego speaking negative words to your spouse and to learn to be patient. In the introduction, the book says "Patience helps you give your spouse permission to be human. It understands that everyone fails. When a mistake is made, it chooses to give them more time than they deserve to correct it. It gives you the ability to hold on during the tough times in your relationship rather than bailing out under the pressure." I wish I'd read that yesterday....